Where’s That Hobo and His Shotgun When Ya Really Need Him?

Posted on April 1, 2011 by jarettburke | Leave a comment
“What Would Justin Beiber do? Pop star, Ashton Kutcher Look to Buddy Comedy” – L.A. Times (Only in LA) 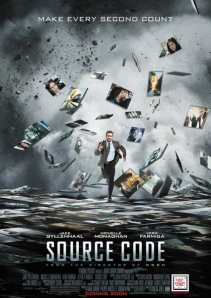 It’s Hitchcockian science-fiction with a throbbing pulse and a big heart. Some smart storytelling is belied by some sloppy storytelling  but Source Code is saved by great camera work, a runaway pace and engaging acting.

Might as well get this out of the way… Groundhog Day. There, I said it. It is mandatory to compare Source Code to the Bill Murray-Harold Ramis comedy right? Or is that just collective critic laziness where we’ve all turned into agents who can only describe films in terms of other films? There is ONE scene, one brief sequence in Source Code that makes you think of Groundhog Day… the rest, it’s in a league of it’s own (no, it’s not a female baseball movie either). END_OF_DOCUMENT_TOKEN_TO_BE_REPLACED

This is the State of Rolling Stone’s Film Coverage…

Hunter S. Thompson would shoot himself in the face (again) if he could see the drivel coming out of the Rolling Stone film department… Hey Jann Wenner, I think it’s about time for a change.

Don’t worry, Pete’ll be able to find work on some dull television review show, making nifty puns and crackin’ wise with another suitably out of touch host. END_OF_DOCUMENT_TOKEN_TO_BE_REPLACED