No Need For Vulgarity: Auteur Theory Finds An Unnecessary Offshoot

Without spending too many words because too many have been spent already, the problem with ‘Vulgar Auteurism’ as a theoretical movement is not so much its goals as it is a fundamental misunderstanding of auteur theory.

There is nothing wrong with analyzing the films and filmmakers that are dismissed by the critical community but that was always kind of the idea. Out of the dreck, would emerge some artists. Here’s some film school that everyone knows, or should know if they are engaging in ‘vulgar auteurist’ analyses.

Auteurism was first discussed in the mid 1950s by Francois Truffaut in Cahiers du Cinema and one of the main thrusts of the movement was to champion certain filmmakers and practices over others; trying to make a distinction between auteurs and metteurs en scene. The difference between an artist and a technician. To borrow sports terms, a superstar versus a journey(wo)man. And like professional athletes, filmmakers may also trade roles, have slumps and runs, but inevitably it’s about the whole journey not the parts of the sum.

This delineation was also extremely important outside of France because the Studio System at the time afforded directors very little power and yet some distinct voices were still heard amongst the crowd. Directors like Orson Welles, Howard Hawks, Douglas Sirk and, famously, Alfred Hitchcock were able to shine through in an industry where the studios, producers and even stars had tremendous influence over the finished product. (So different than today. My how Hollywood has changed.)

But guess what, like most film theories that stress the singular creative vision, it was immediately met with resistance because most films are not made by one person. The ‘author’ moniker seemed contradictory to the collaborative nature of making movies no matter how much of the director made it to the screen. The movement wasn’t completely abandoned, however, with Andrew Sarris writing the definitive piece of criticism on the topic in 1962.

Sarris doesn’t just take up the torch but decides to add a sort of checklist to ensure that the ‘right’ directors were being awarded the title. This is also where I can sort of see the merit behind vulgar auteurism but it’s still not really the right name. And yes, I’m getting there. Despite the American theorist’s seemingly (and perhaps justifiably) inclusive definition, there is something to his three point checklist for passing the auteur test.

The first requirement is technical competence. This is an obvious and yet important distinction because it takes a ‘lack of skill’ away as a personal stamp. Someone like Uwe Boll might satisfy one (or both) of the following requirements but Sarris is stopping garbage like that from passing to the following stages. You have to be able to put a movie together with some competence.

Again, a lot of the perceived ‘vulgar auteurs’ are still in the conversation at this point. There is no doubting the technical competence of a Paul WS Anderson but no matter how much we’d like to shoehorn him into the conversation, he’s lacking when it comes to Sarris’ next two requirements that also weed out ‘hack savants.’ 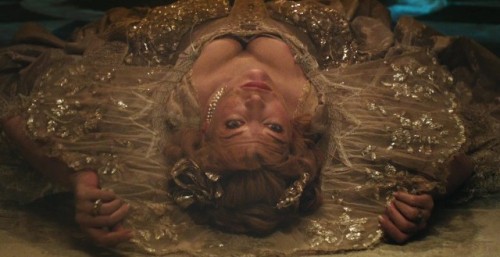 The second mark of an auteur is a distinguishable personalty over the course of several films. Again, PWSA is still in the conversation. He definitely has a signature. Some might be able to see a few frames and recognize it as his work.

Finally, the third point put forth by Sarris, and probably the most important requirement, is that the director’s body of work must posses some consistent interior meaning. That sounds like some artsy-fartsy shit but it’s integral to what distinguishes someone like Paul W.S. from Wes Anderson. That is, unless you make the argument that the Resident Evil director is commenting on the state and spectacle of blockbuster cinema or his love of anachronistic technology. And I’m very open to that argument. But that would simply shift PWSA from the hack savant camp to the auteur.

So what separates the journey(wo)man filmmakers from the auteurs? You can’t just have something to show, you must have something to say. Something personal. Something only you might say. And not, “hey, look at my elaborate set pieces.” Wes Anderson, for me, is the purest conception of the modern auteur. A master of technique, whose style and thematic concerns are consistent across his entire filmography, one that explores outsiders (often with father/parental issues) finding their place in the world.

A little more lofty than the ‘interior meaning’ embedded in the work of say, Neveldine/Taylor, although they are one (well, two) of the filmmakers labelled vulgar auteurs that could easily (with an analysis of there body of work) be called auteurs. Tony Scott, Michael Mann and Michael Bay are also obviously auteurs.

And isn’t that better? Why this silly oxymoronic title? It’s the academic equivalent of the phrase ‘guilty pleasure.’ Aren’t vulgar auteurists trying to argue the merit of films and filmmakers disregarded by the critical community? So drop the vulgar. If those being studied have a body of work that shows technical mastery, a distinct style and, for lack of a better phrase, consistent interior meaning, there’s already a term for that; an auteur.

As a big proponent of auteur theory, I’m happy to see the conversation come up, even if it’s just to argue that this new term is unnecessary. And it’s always important to remember that ‘auteur’ is not an automatic stamp of quality (*cough* Tim Burton *cough*). But this is simply a discussion of whether some metteurs en scene are actually auteurs.  Maybe our generation just desperately wants to coin some terminology. Feel free to use ‘Hack Savant,’ just cite me when you do.